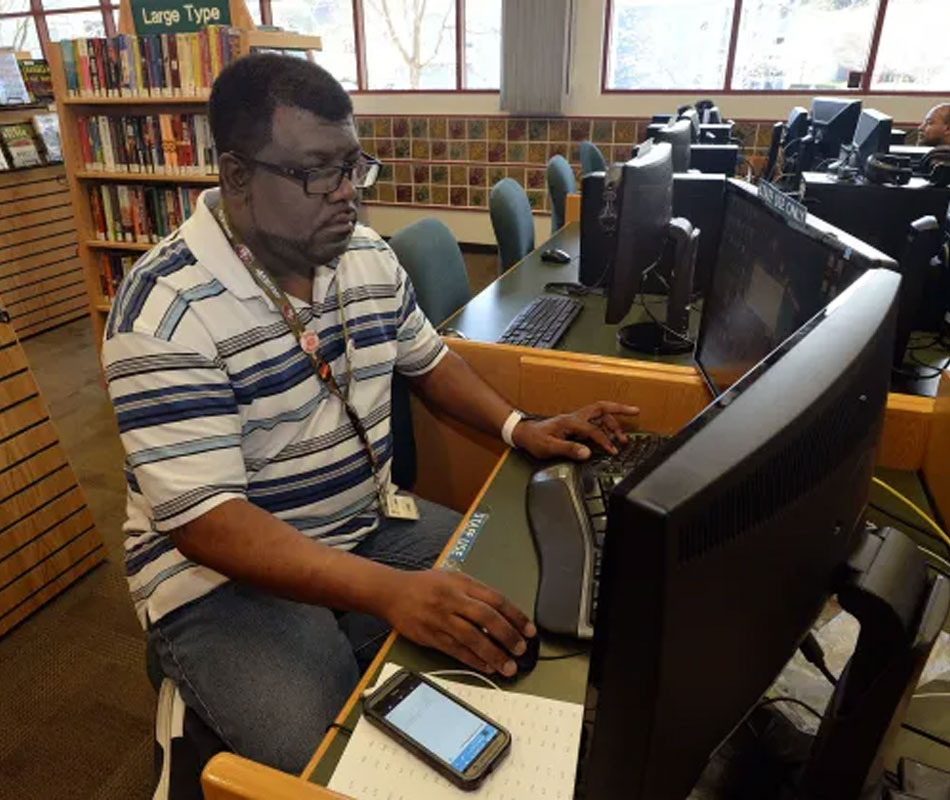 Etienne Douglas of San Rafael has been interested in computer technology since he was 5-years-old, playing with gadgets his stepfather, who was employed by IBM, brought home from work.

Douglas, 38, shares his ongoing passion for computers by running the Marin WebStars youth technology program at the Marin City Library. Since 2004 he’s been teaching high school students how to use a variety of computer programs, including the software that runs the library’s 3-D printer. In exchange, the students are employed by the library to help visitors with all their technological needs.

Q: What’s it been like to manage the WebStars program?

A: It’s been great. I remember the first kids that I hired. They’re grown and through college now. My most successful WebStar graduated from San Diego State and right out of school got a job with Microsoft. I have three WebStars now and I have had 25 students total.

Q: What do the WebStars do?

A: They usually work about 10 to 14 hours a week, but can work more hours once they turn 16. They go around and make sure all the computers, printers and copy machines are on at the library. Some days they have one-on-one classes that are scheduled where they teach basic computer skills such as how to use Microsoft Excel. They are also responsible for the 3-D printer and helping people use it. They have projects that I assign them, such as making documentaries. We’ve done profiles on all of the Marin regional libraries, which are two- to three-minute videos about what that library has to offer and why it is unique.

Q: How did you get involved with computers?

A: My stepfather was into gadgets, having worked at IBM, and I absorbed all of that. I always had a computer growing up. When I went to UC Santa Barbara, I remember going to the computer lab and sitting down at the computers and there was the Internet. It blew my mind. I left Santa Barbara for Fresno and began working as the network administrator for Habitat for Humanity. They used to get all these donated computers and one day I went into the closet where they kept them and asked to mess around with the computers. I eventually put a computer together and added it to the network. I started picking up clients on the side. I thought “this is something I can do and that I’m good at.”

Q: What do you enjoy about working in Marin City?

A: I’ve been going to church in Marin City since 1998 and I lived there from 2004 to 2009. I like the fact that the people are friendly. It’s nice that everybody has a sense of community. It feels like everybody here is family. I know the knock on Marin City is a lot of people think it’s not safe. It gets a bad rap, but people walk their dogs here at night. It does have its issues, but for the most part everybody cares and wants to help fix those issues.