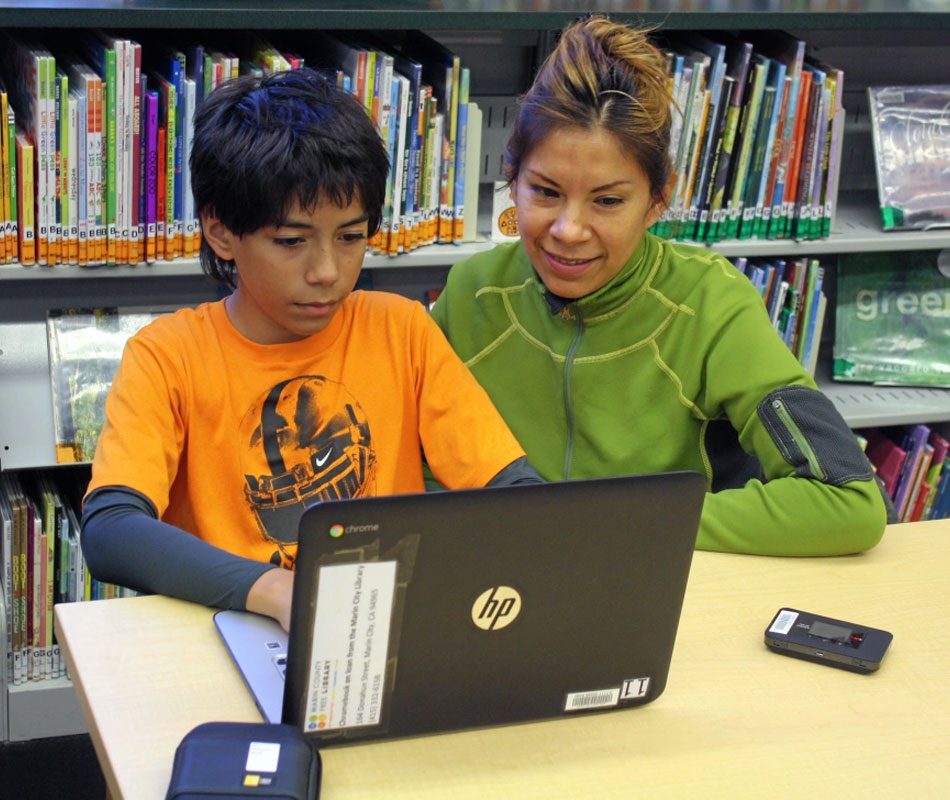 A new program at the Marin City Library is helping a group of students learn by providing free access to the internet.

Marin City Library staff members have set up the mobile “hotspot” devices allowing internet access for students who do not have computer equipment at home. The hotspots give the students Wi-Fi internet access anywhere where they can receive cellular reception.

In coordination with nearby Bayside Martin Luther King Jr. Academy, library staffers started offering the hotspots to about a dozen students, some of whom are using notebook laptops loaned by the library branch.

“This will allow students to combat the summer slide and take advantage of educational opportunities we offer at the library,” said Sara Jones, director of the Marin County Free Library, which is overseeing the project.

The hotspot devices are on extended loan to the initial group of students through the summer and the first three months of the school year. The hotspots will then be offered on a rotating basis for the life of the one-year grant.

“This is a pilot program and only certain kids qualify to take part in it,” said Etienne Douglas, a library employee who runs the WebStars program. “The principal identified kids who were in a certain academic range, didn’t have internet at home and had a library card with no fines on it.”

All summer, the library — at the Gateway Shopping Center — offers a summer program called “Read for the Win” and promotes Marin City Reads, a community effort to encourage literacy. Making the Wi-Fi devices available to students is one way the library can connect the community with knowledge, backers said.

“It’s been working well,” Douglas said. “It really promotes education during the summer and we have the support of the school.”

In today’s world being connected to the internet is critical for learning.

“That’s a major part of the (county library) mission,” Jones said. “We’re constantly striving to create connections for the community to explore, imagine and innovate, and that includes enhancing mobile and digital literacy. Those are critical skills for success in the 21st century.”

“Commitment to our communities, and in particular to the children in those communities, is one of our key guiding principles,” said Russell Colombo, president and CEO of Bank of Marin. “We are proud to support the work of the Marin County Free Library as it strives to give young people equal access to the online tools they need to learn and succeed.”