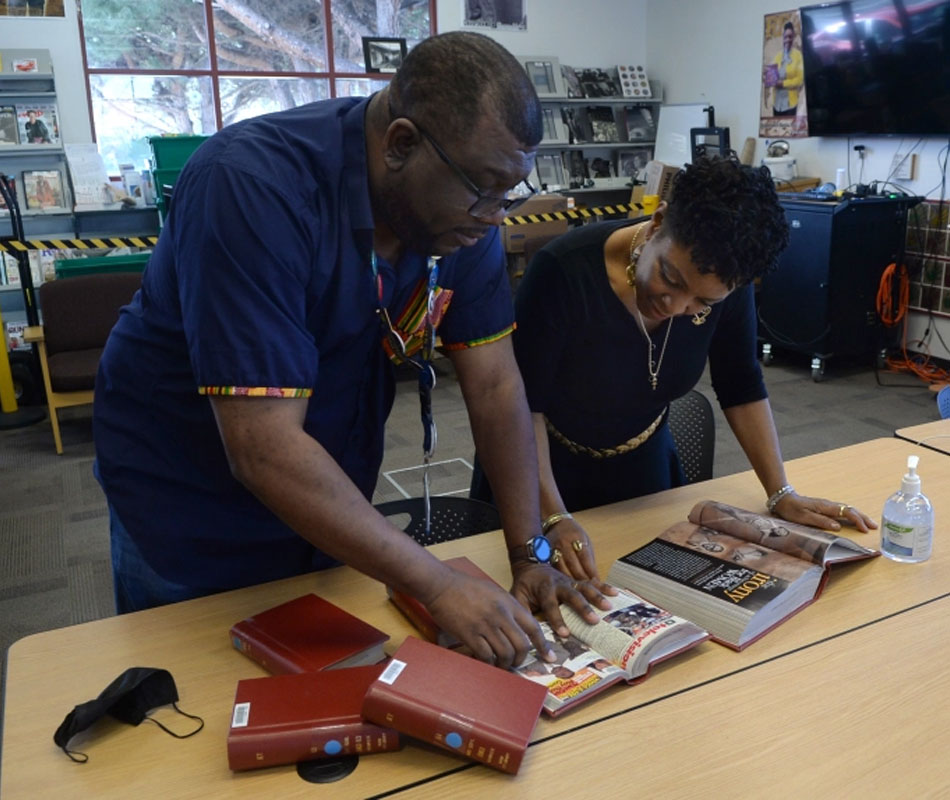 Film screenings, art and culture talks and discussions about the Black experience are set to commemorate Black History Month in Marin.

The annual observance has been held in February since 1976 to honor the achievements of African Americans and recognize their role in the nation’s history.

“Black history is American history,” said Stephanie Hartwell-Mandella, the branch manager of the Corte Madera Library and the Marin County Free Library Black History program manager. “It’s important for us to share our stories with each other.”

The county library’s program this year is called “Food for the Soul: Celebrate Black History at MCFL,” Hartwell-Mandella said. The programming, which lasts all month, was created in conjunction with the County of Marin African American Employees Association.

The inaugural events include a look at Black music, fashion and culture magazines Jet and Ebony published from the 1950s to 1990s. The interactive presentations are set for 1:30 p.m. and 5 p.m. on Friday at MC Arts and Culture at 100 Donahue St. 190 B.

“These magazines are a staple in Black households,” said Etienne Douglas, the technology program coordinator for the Marin City Library. Douglas is hosting the presentation with Oshalla Marcus, founder of the MC Arts and Culture gallery. “We’re going to use the magazines as a kind of time capsule.”

Douglas said they’ll ask the audience members’ birthdays and other significant events and turn to the magazines to see what was published around that time.

“The Black experience in America has influenced so much in this country,” he said. “It’s been largely ignored over time, and it’s something we want to change.”

Douglas said the vast collection of Jet and Ebony magazines is available for public browsing at the Marin City Library.

The Marin County Free Library is also sponsoring a virtual tour of the Louis Armstrong House Museum; a screening of “Hidden Figures,” a film about the Black female mathematicians who worked at NASA during the space race; and a discussion with Glenn Ross, Marin County United Veterans Council president and Gulf War U.S. Army veteran, about Blacks in the military.

Marin City organizations are coming together to host events as well, including film screenings Thursday and Feb. 15, a panel discussion Feb. 17 and the city’s annual Martin Luther King Jr. celebration that was postponed due to COVID-19 concerns. That event, which takes place Feb. 26, will start with a parade at 10 a.m. and be followed by other events.

Florence Williams, board member of the Marin City Community Services District, is organizing the event, themed “Wake up. Rise Up. Now is the time.”

The Rev. Rondall Leggett of First Missionary Baptist Church said the group behind the programming has focused the overall theme on Black health.

“There were disparities throughout our history, some that are still prevalent among Black folks,” Leggett said. “You’ve got to consider the lack of education, affordable housing, health care, jobs. We want to have opportunities to live in communities where these social ills and disparities don’t exist.”